Employer-paid premiums for employee medical insurance are deductible by the company whether the coverage is under a group policy or individual policies. See Reg. Sec. 1.162-10(a).

The employee need not report the amount paid by the employer as current income. See IRC Sec. 106.

When an employee pays the premium and is then reimbursed by the employer, the amount received is not included in the employee’s gross income. See Reg. Sec. 1.106-1.

Benefits paid under the insurance plan, which reimburse the employee for payments made for hospital, surgical or other medical expenses, are not included in the employee’s gross income.

Group medical plans are an attractive fringe benefit because personally paid medical insurance premiums and medical expenses are only deductible in excess of 7.5% of the taxpayer’s adjusted gross income. See IRC Sec. 213.1

Self-insured medical reimbursement plans which favor employees who are officers, shareholders or highly-paid employees may not qualify for the above tax benefits.

The Health Insurance Portability and Accountability Act of 1996, signed into law on August 21, 1996, expanded the availability of coverage under group health plans. Effective with plan years beginning after June 30,1997, the Act:

1  Beginning in 2013, the threshold for the itemized deduction for unreimbursed medical expenses will generally increase to 10,0% of AGI. However, for the years 2013-2016, if either a taxpayer or spouse is age 65 before the end of the taxable year, the threshold will remain at 7.5% of AGI. 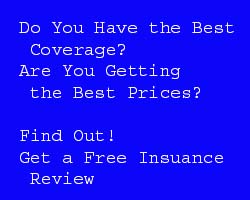